Of Revision. (And, how to take a compliment.)

So, Edit copy 2 of my manuscript arrived from my second Beta reader who graciously agreed to provide me with an edited hard copy. Matt is a pretty voracious reader, and cross-genre fan. I actually had reservations about him editing the book, because I was fearful he’d find it too juvenile and contrived.

I was pleasantly surprised.

Well, to be honest, I was blown away.

I am wary of compliments; they usually precede the thrust of a knife in my world.  And, praise is not uncommon when someone reads your work who knows you personally. That’s one of the risks inherent to finding Betas for independent writers.

But this stuff was too good not to share.

It’s not that I think he’s right with some of these; the book still requires substantial revision. I freely acknowledge the potential for friend bias from my Betas, despite my adamant encouragement (at some points, outright pleading), for their ruthlessness.

But perhaps they can prompt some others to take what you think of as a “this- might-be-okay” idea, and run with it.

What happens after that can surprise you.

Super-grateful thanks to Matthew for taking time out of his business life and the manic pace of being a young dad of two awesome kids to edit his copy of the draft. 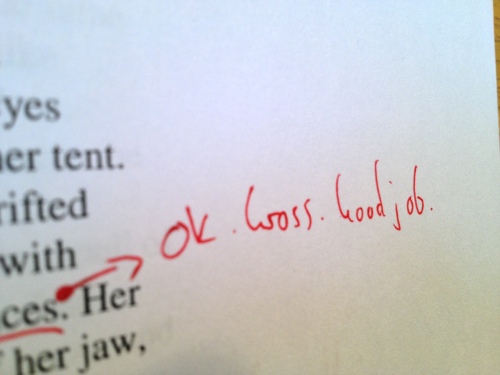 Joyful Moment 2: getting a veteran reader to buy into the dread and suspense one has carefully constructed: 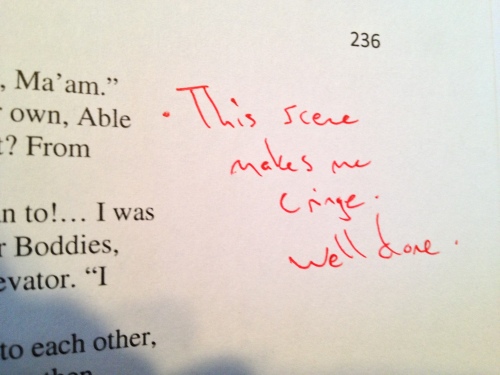 Joyful Moment 3: After HATING writing a section in which one of your all-time favourite characters is killed, then spend  days polishing it again and again to give the character the final scene he deserves (making you hate it that much more), and then, when its done, and you feel like you’ve bled into your keyboard, you read it one last time, and you realize…

and then your jaded, experienced Beta Reader writes this on your copy (the notebook at the top is to cover a spoiler. Trust me, you really wouldn’t want it spoiled): 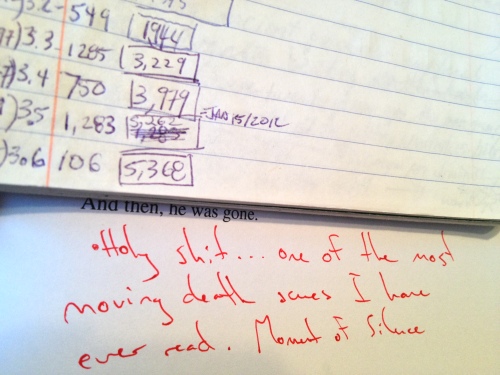 Granted, as hoped, this was not an exercise in adulation; there were several things he found that needed tweaking, and a few of these: 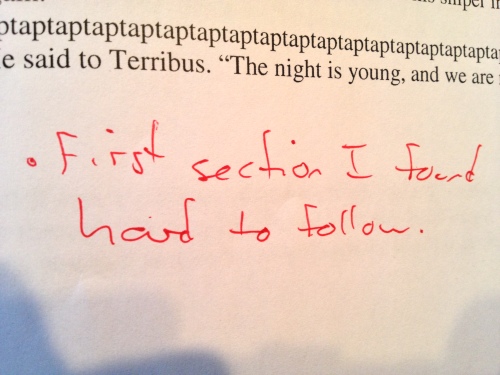 And some excellent examples of my writing silliness, like when I described a villain’s career that would ‘rise like a meteor’: 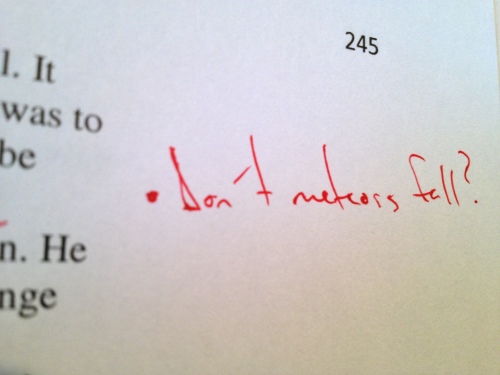 But they were all balanced, in my fragile writer’s ego, by things like: 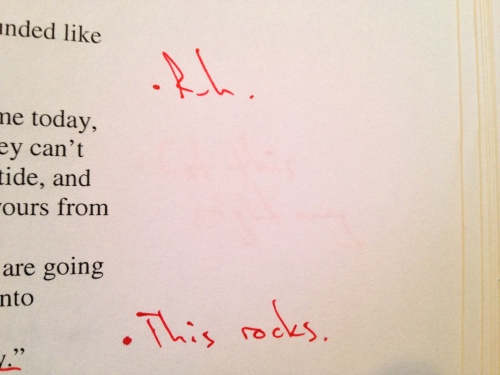 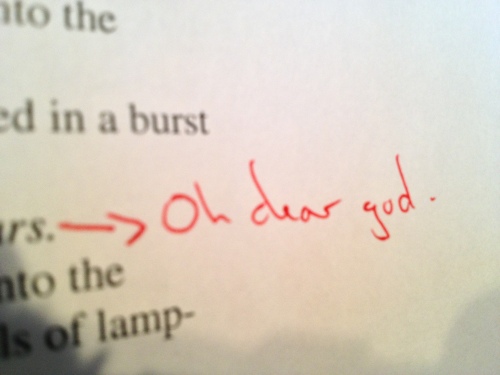 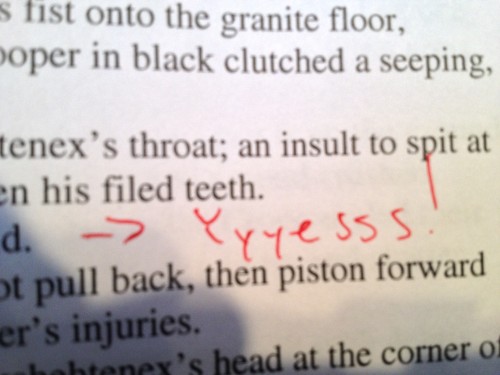 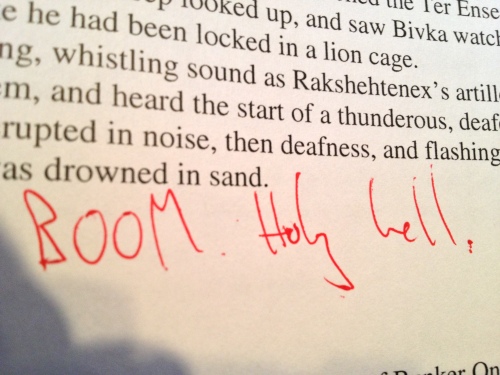 What was especially redeeming for me was when he ‘got’ another of my favourite characters: 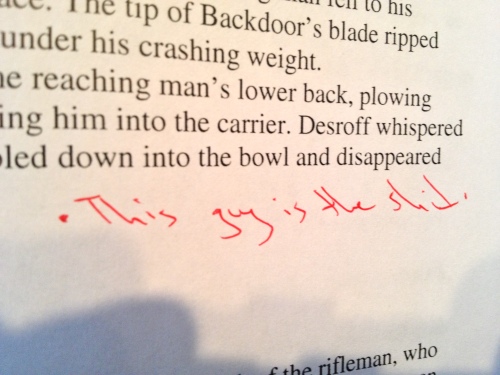 So that’s always a good feeling.

Of special value was his response to my name creation system, which produces  sometimes complicated, worrisome names for characters, but they are original  in style: 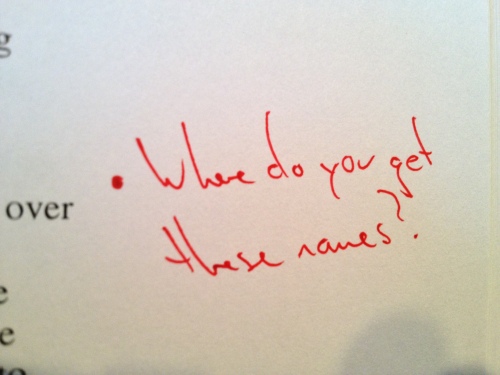 Overall, just the shot in the arm for a grey, wearisome winter of pre-dawn mornings spent working on the sequel while waiting for these copies to find their way home.

This and Ademir’s copy makes two returned, with just two to go.

My revision pen is getting itchy and hungry. He requires satiation soon. Perhaps I’ll just putter a bit with their copies, just to get a head start…

In the meantime, I’ll celebrate this milestone, and take Matt’s praise as it reads in red. Hopefully, others will feel the same with the finished version. And, even if they don’t, that’s okay, because all I need to know is that I got it right even just once.

And can get it better next time.

‘Cause that’s why writers write.

The Art of Blogging

OUT OF STANDARD BOOKS

Little flecks of inspiration and creativity

Exploring What Captivates, Inspires, and Intrigues Us.

Be Afraid of the Dark...

writes a short story every week